Winter escape to Morocco with the main goal of avoiding everything cold, dreary and european. The part about skipping the cold didn´t quite work out though.
Route: Ryanair flight to Fès, bus to Essaouira via Casablanca, then passing Agadir, on to Tafraoute, joining an organised tour to see the Anti-Atlas and Sahara, then going back to Fès via Ouarzazate. 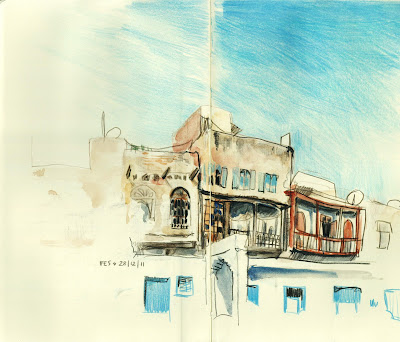 Bluest skies over the Mellah of Fès. This used to be the jewish quarter, but the majority of moroccan jews either emigrated to Israel or moved to the newer parts of town.
Nowadays the population in the Mellah is muslim. 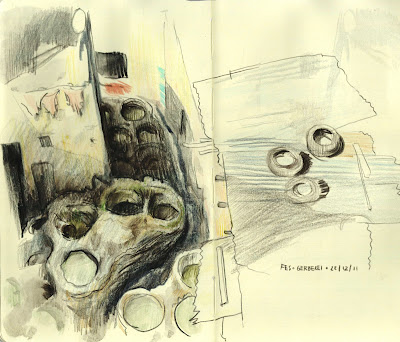 Leather tannery in the Medina. Only natural ingredients are used, as another overeager salesman assures us, like pidgeon excrement and chalk. It smells like rotting flesh. 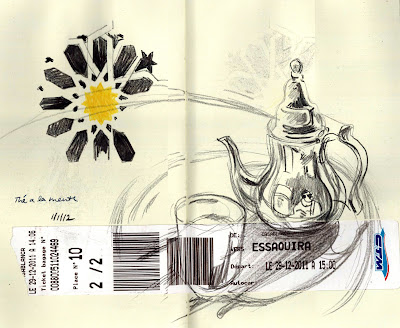 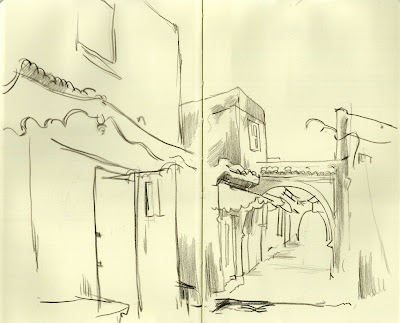 Essaouira back alley, trying to find some food that isn´t tajine or couscous. I´m not sure what we had, but it might have been bowel soup. At least we went somewhere that wasn´t listed in the Lonely Planet! 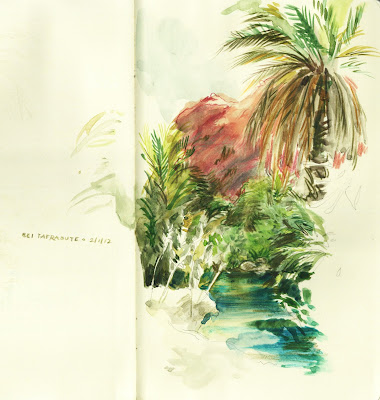 Oasis near Tafraoute, spectacular mountain backdrop, turquoise water, date palms, there were even frogs. Conclusion: Some things are too pretty to draw. 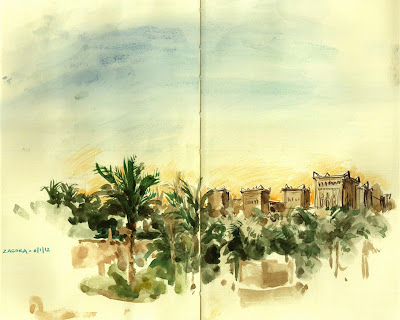 I didn´t see much of Zagora, except this view from the hotel terrace. It´s also a very dusty place. 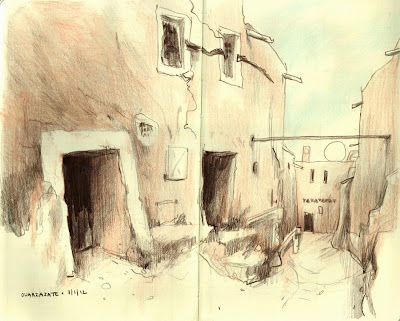 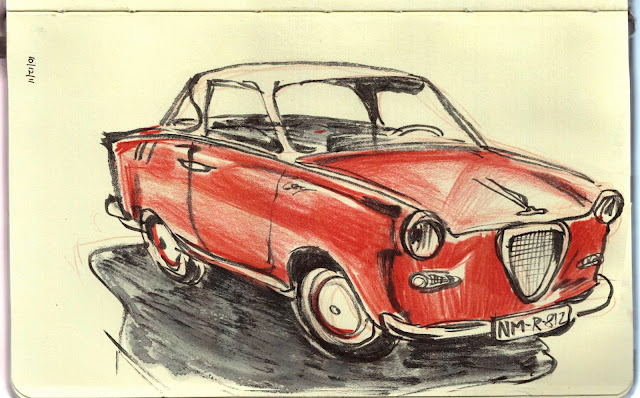 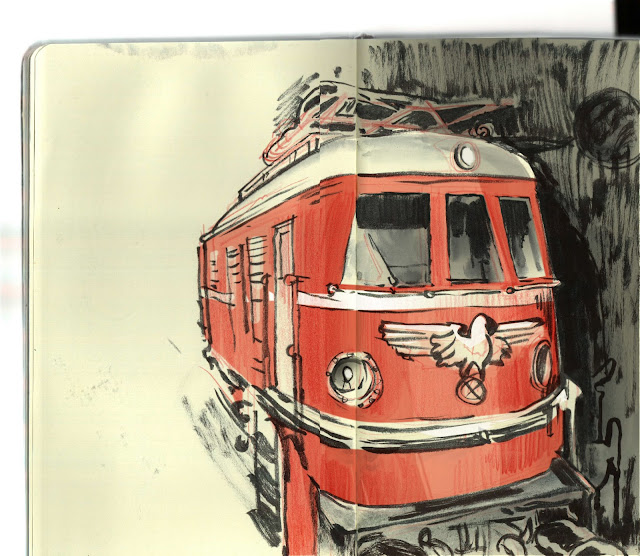 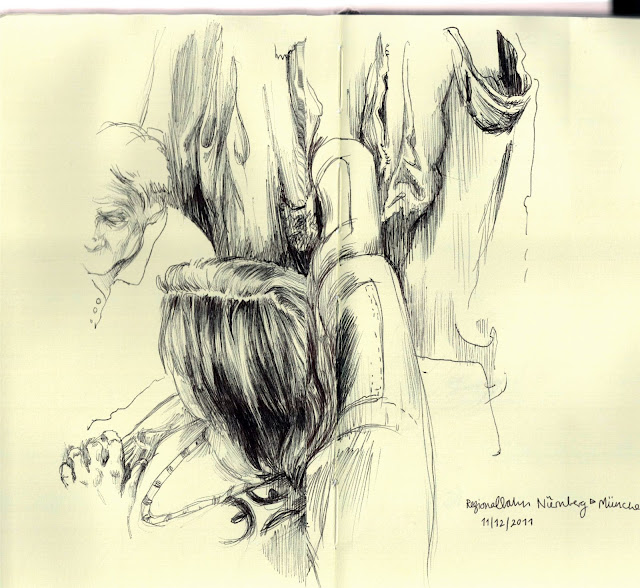