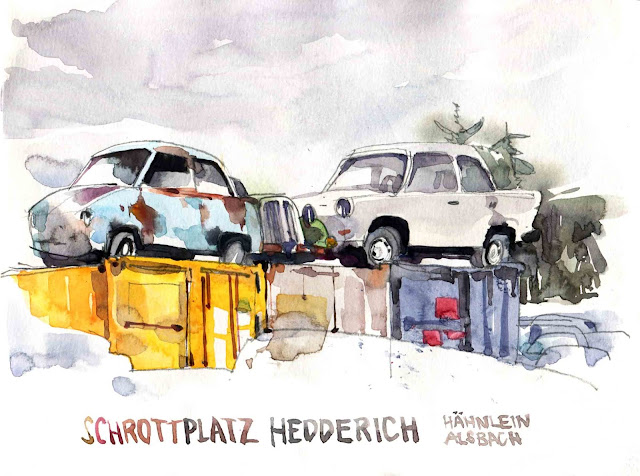 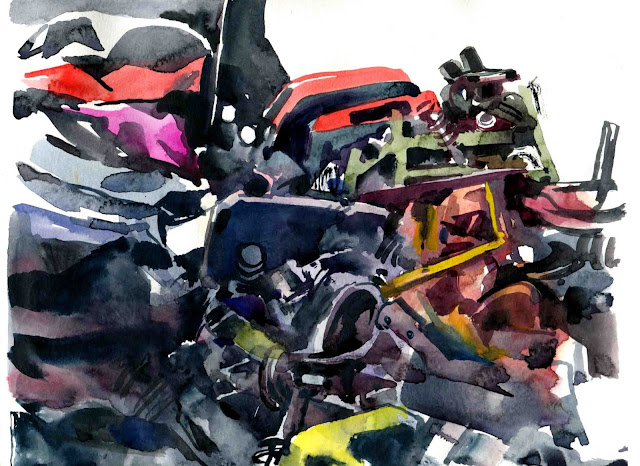 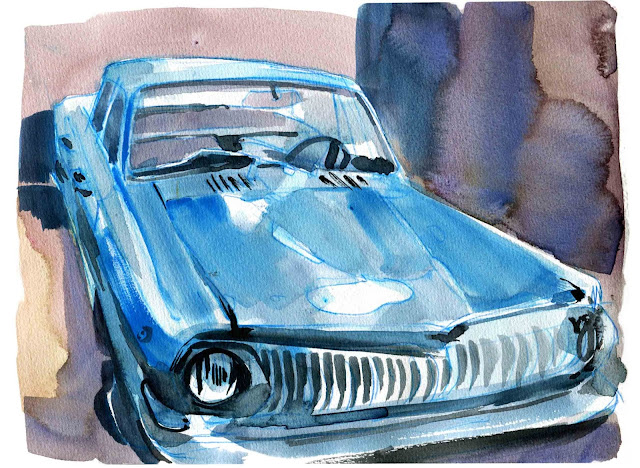 The museum Senckenberg in Frankfurt am Main is one of the largest museum of natural history in Germany. Its popular with visitors, mainly because of its dinosaur fossil collection. It has been in existence for such a long time that it has become an attraction of its own: not for being sciency, but for displaying weird exhibits. Apart from good old T-Rex, you can find a a very dusty, stuffed anaconda eating a pig. There´s the usual stuffed animals, but also the scull of a conjoined twin calf. There are also exhibition cabinets from the 19th century displaying specimens in jars, immersed in formalin- a rather gruesome attraction, but very interesting.
Eingestellt von jen No comments: 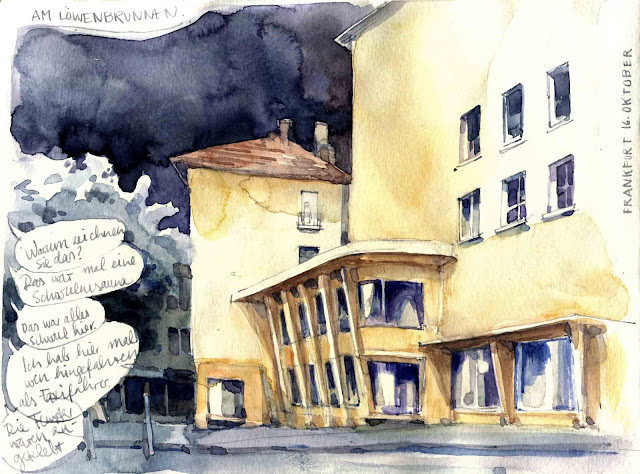 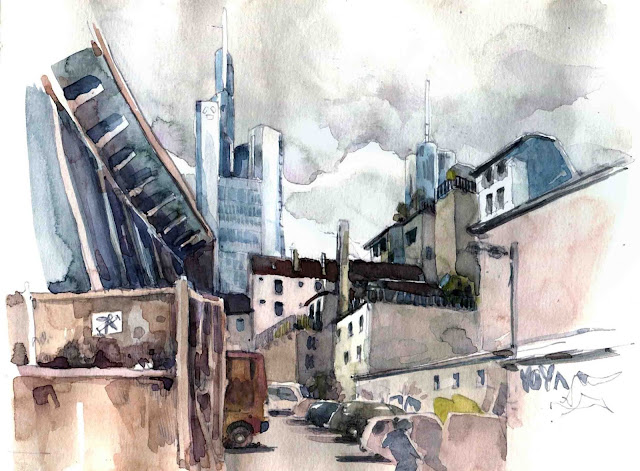 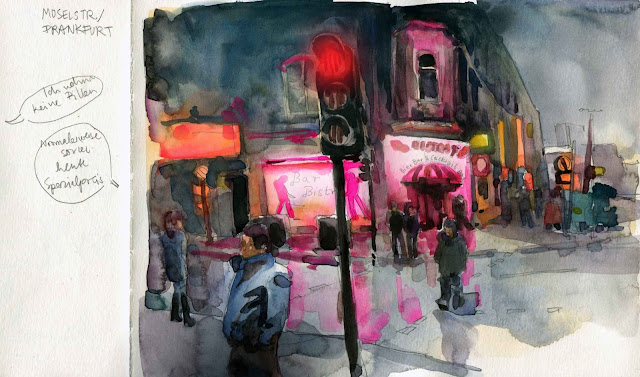 Matera is a city in southern Italy, in the province Basilicata. It is known as the subterranean city because of its structure of ancient cave dwellings which were inhabited since 7000 BC- and some of them were left only in the 1950s. The so-called  "Sassi" make up the old city center and are famous as film sets.

The IV° Naples Urban Sketching Workshop took place on Ischia Island, in and around Castello Aragonese. The tourist season was mostly over by mid October and the setting was superb- picturesque, peaceful but not too smooth. The family owned castle was a treasure, with its own garden, labyrinthic paths and beautiful views. Simo organized the event, did a lovely workshop,as did Caroline Peyron and Kelly Medford. 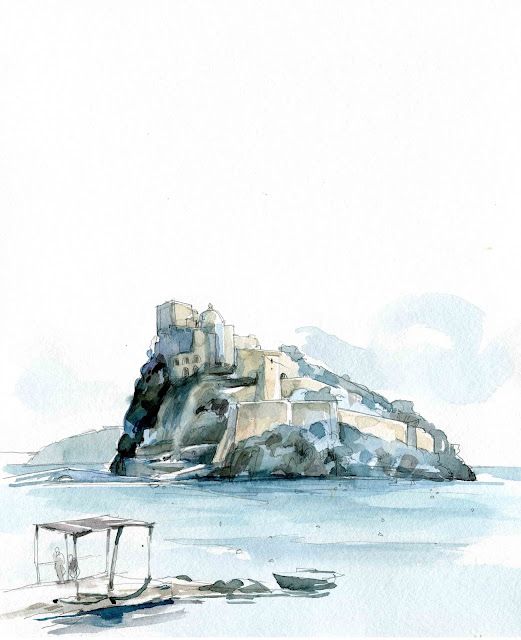 The castle still houses the studio of Signore Matera, the castle owner/painter. It has been left in its original condition since Matera´s death ten years ago. Caroline Peyron encouraged us to do collage in her workshop and we tried to recreate the shapes and colours in the oil paintings standing in his atelier. I was fascinated by the huge pile of brushes that was left behind.
Nowadays his children continue to manage the Castle, which is a tourist attraction and houses cafés, a restaurant and a hotel.

Our last day was spend in Negombo, a beach/botanical garden/pool plus hot springs that was named after a srilankan beach- no similarity whatsoever, but it has a nice ring to it. The hosts were incredible and accomadated the sketchers in every possible way. 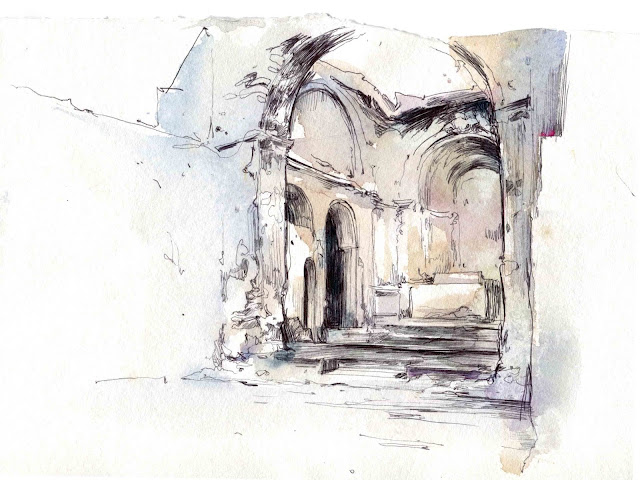 I spent four days at Castello Aragonese but i could have easily stayed and sketched a couple more- like in Cattedrale dell'Annunziata, a cathedral ruin. There were also spectacular views of Ischia and the mainland everywhere you looked. 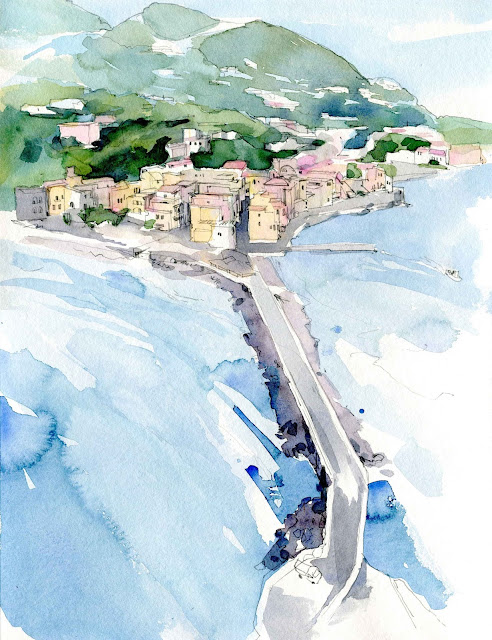 I spent two days in Naples on my way to the IV° Naples Urban Sketching Workshop (which actually took place in Ischia). Naples was incredibly busy, and it felt quite different from the Italy i knew; i had never been this far south. The narrow streets of Quartieri Spagnoli (supposedly not the best neighbourhood) were much calmer than the city center and were great to sketch. I had various very nice conversations with locals in my non existent italian while i painted the view below. 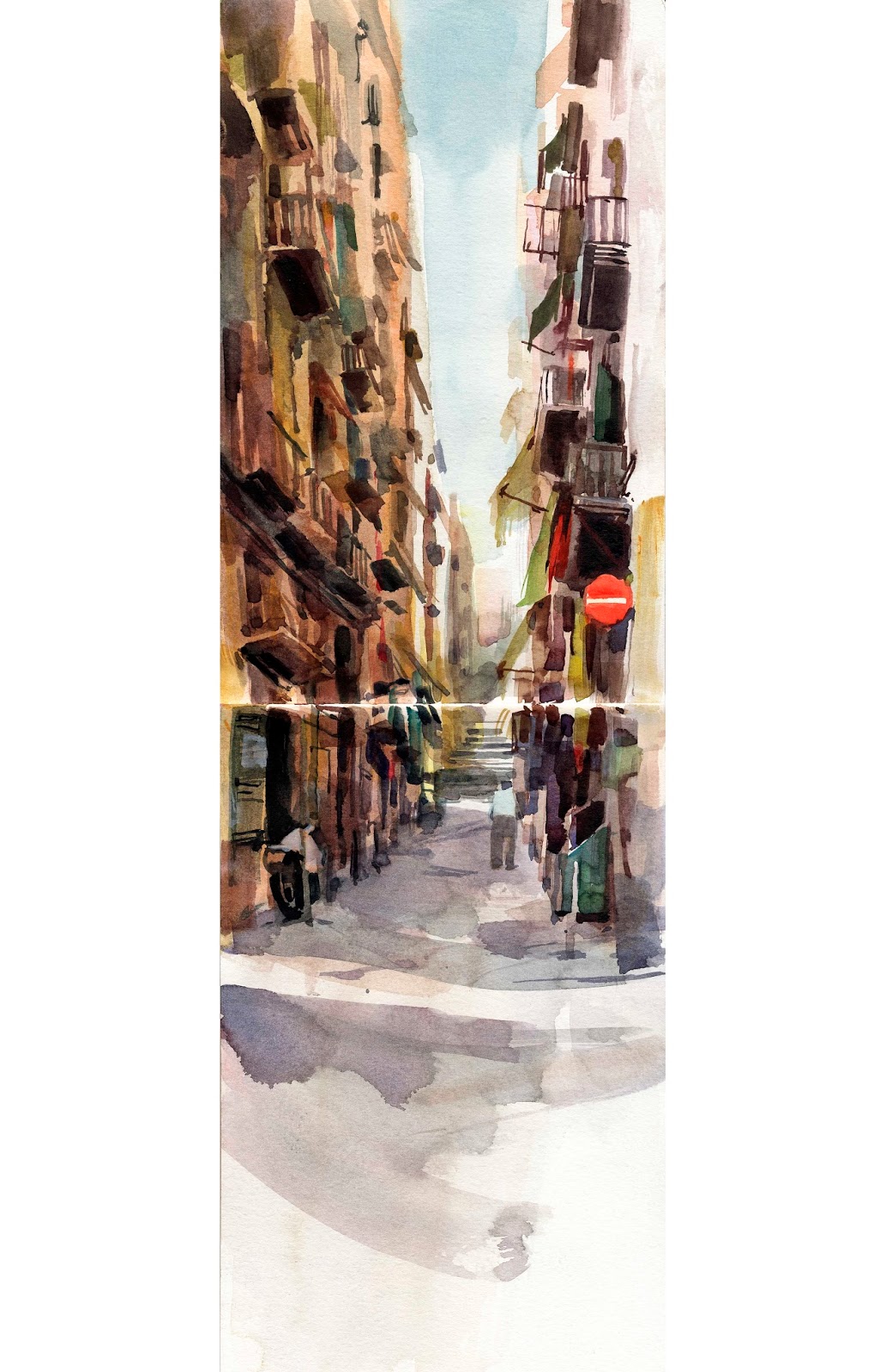 There where some beautiful places to explore, especially old book and antique stores. The weather wasn´t great, but it´s a chance to draw people with colourful umbrellas. And of course, a panoramic view with the Vesuv in the background was a must. 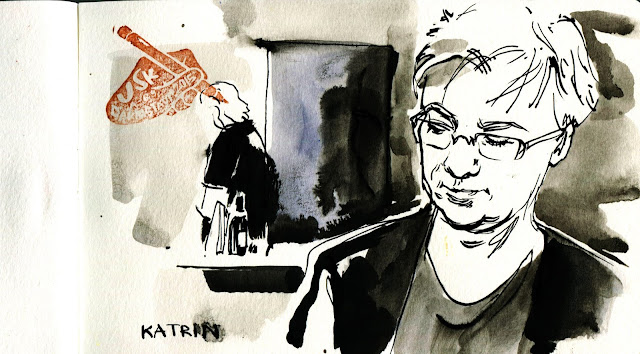 This year i had to cancel my participation to the Symposium in Singapore due to work commitments.
I had Simos Ischia Workshop to look forward to, but that´s October, and a summer without some sort of big Sketching event taking place-impossible. So Birgit and me got together and sarted planning our own event.

A month ago, the first big meeting of Urban Sketchers in Germany took place in Darmstadt, a town just 30 min from Frankfurt/Main. Sixty sketchers came together to draw in the  beautiful art déco quarter of Mathildenhöhe, and some of them traveled quite far- from northern Germany, the Netherlands and even Paris- to be with us. The program included workshops by Urban Sketching veterans such as Omar Jaramillo, Arno Hartmann, Birgit Dreesen and me. We also hat demos by Daniel Nies and Catalina Somolinos  and activities like a Portrait Party (inspired by Paraty) and Drink&Draw just like at the Symposium and lots of sketchbook browsing! After a beautiful and intense weekend, we had a little exhibition of sketchbooks. 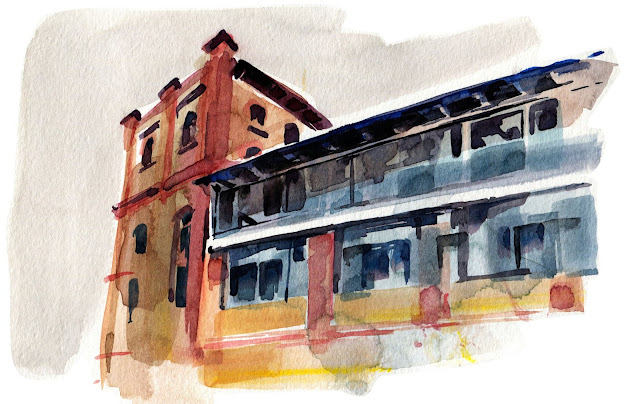 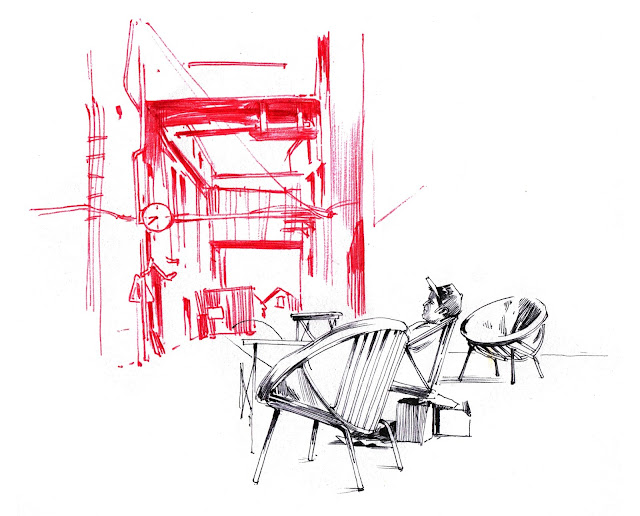 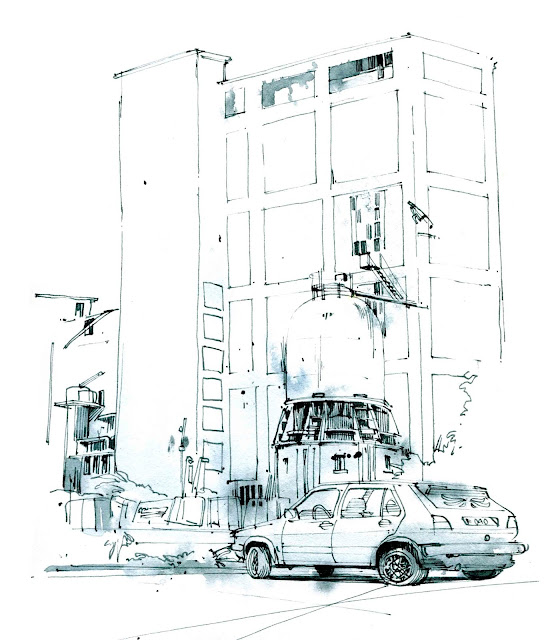 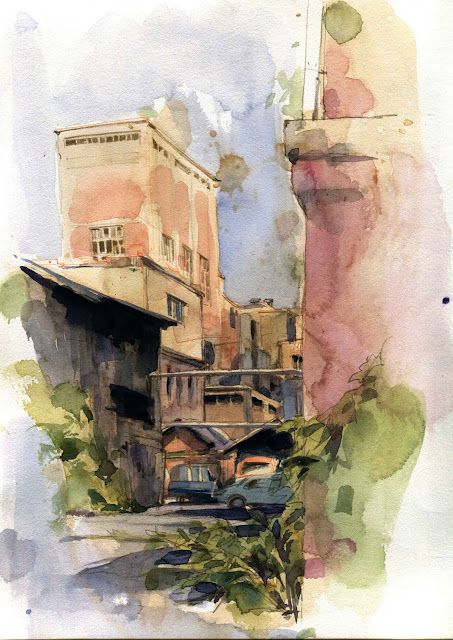 Drawing with the Rheinmainsketchers on the windiest afternoon. Phrix is a former paper factory which has been shut down for decades, only a small part has been rented to an artists collective. In Hattersheim Okriftel, close to Frankfurt airport.
Eingestellt von jen No comments:

At the Mainaue in Mainz Kastel and at the swimming pool.
Eingestellt von jen No comments:

Industrial loveliness at Frankfurt Osthafen, drawing together with Jörg, Katja & Clara despite the rain. 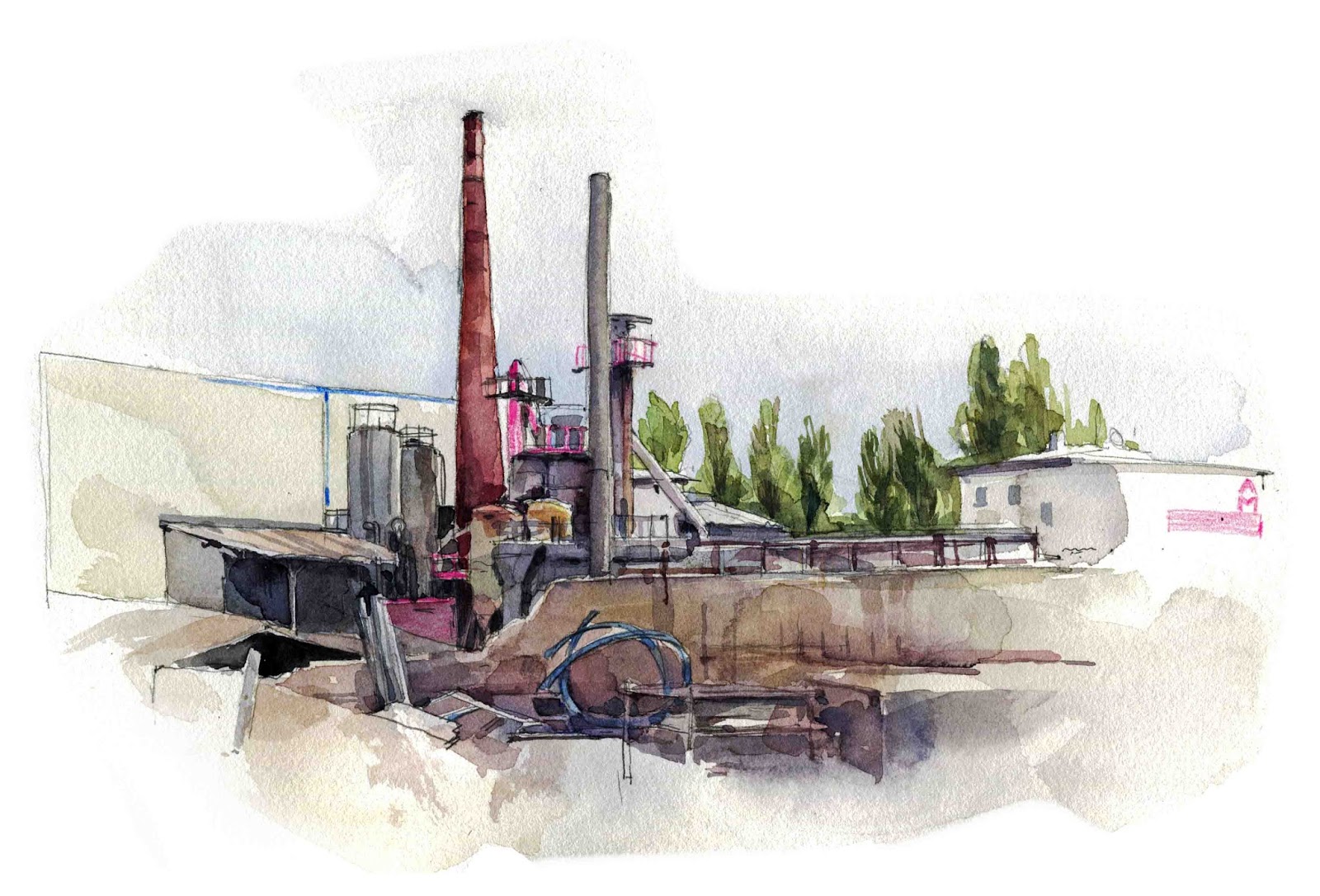 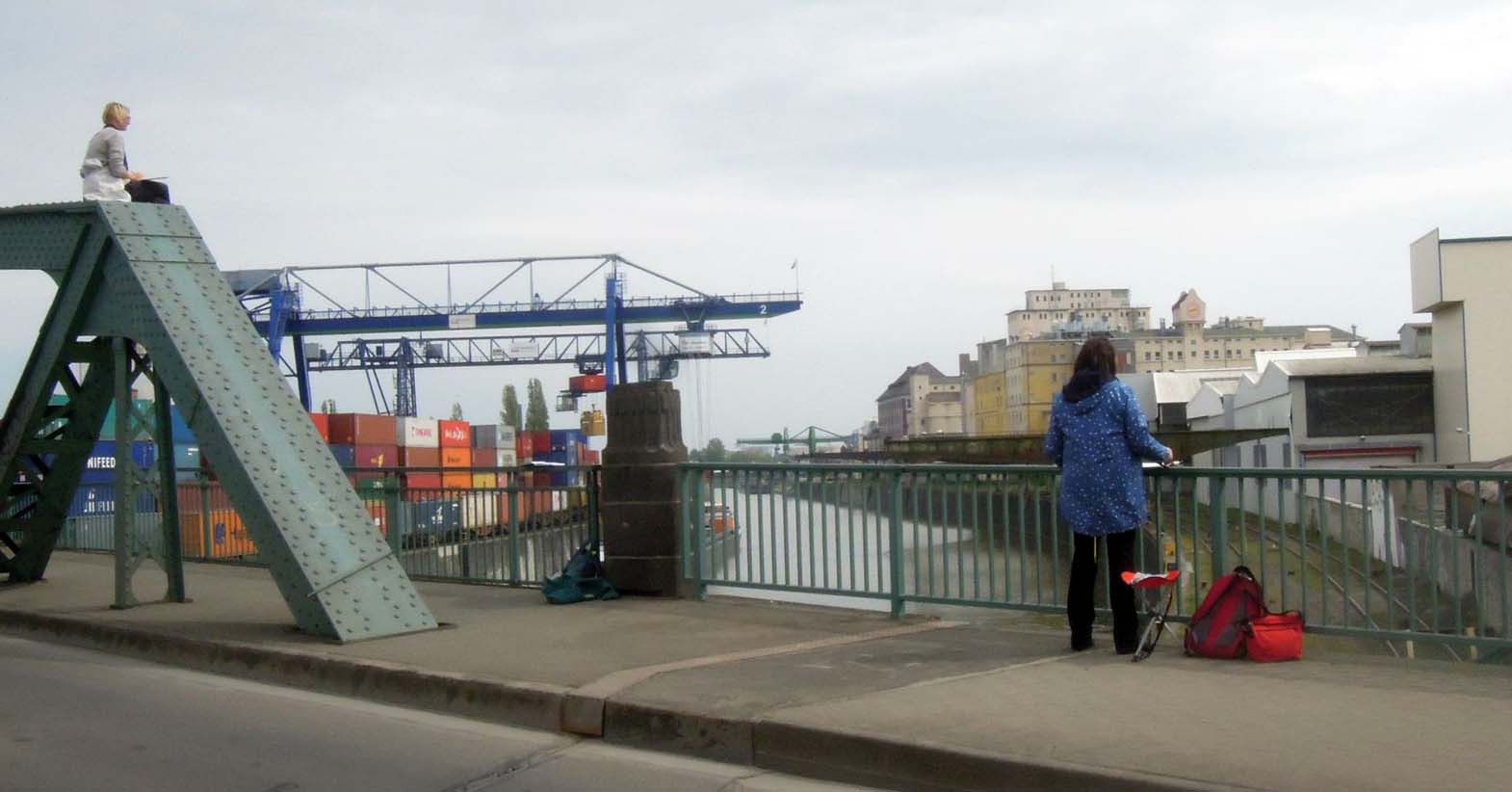