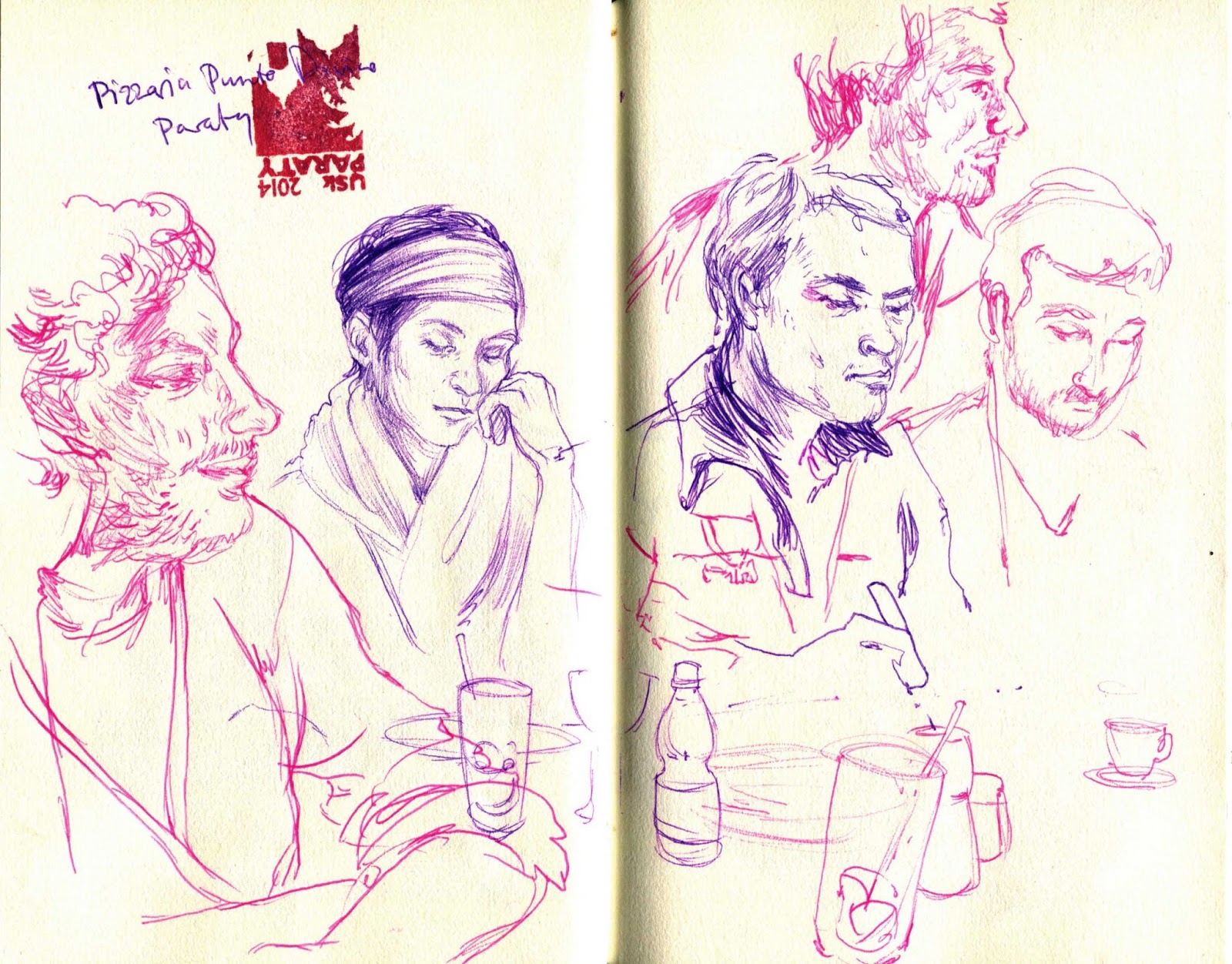 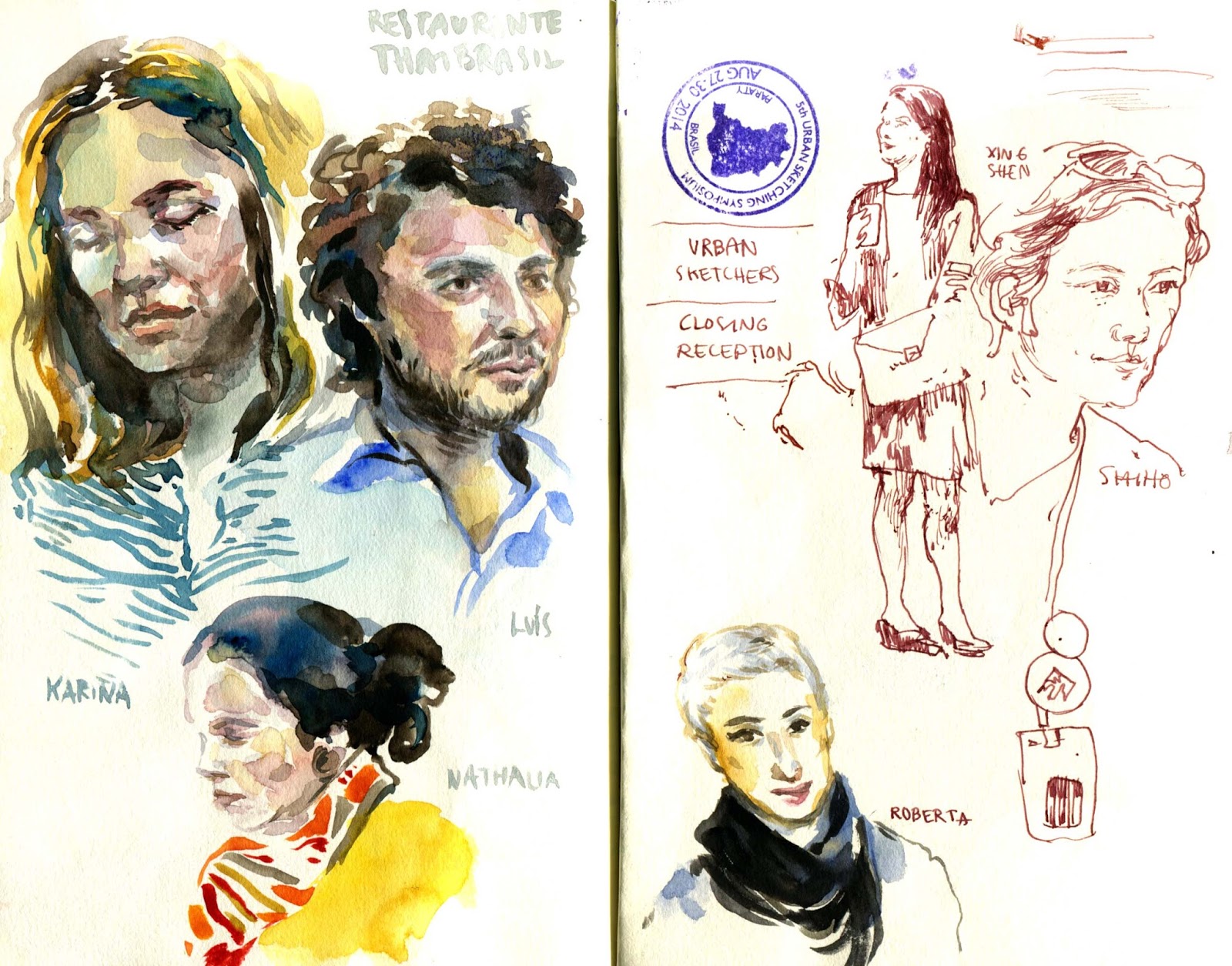 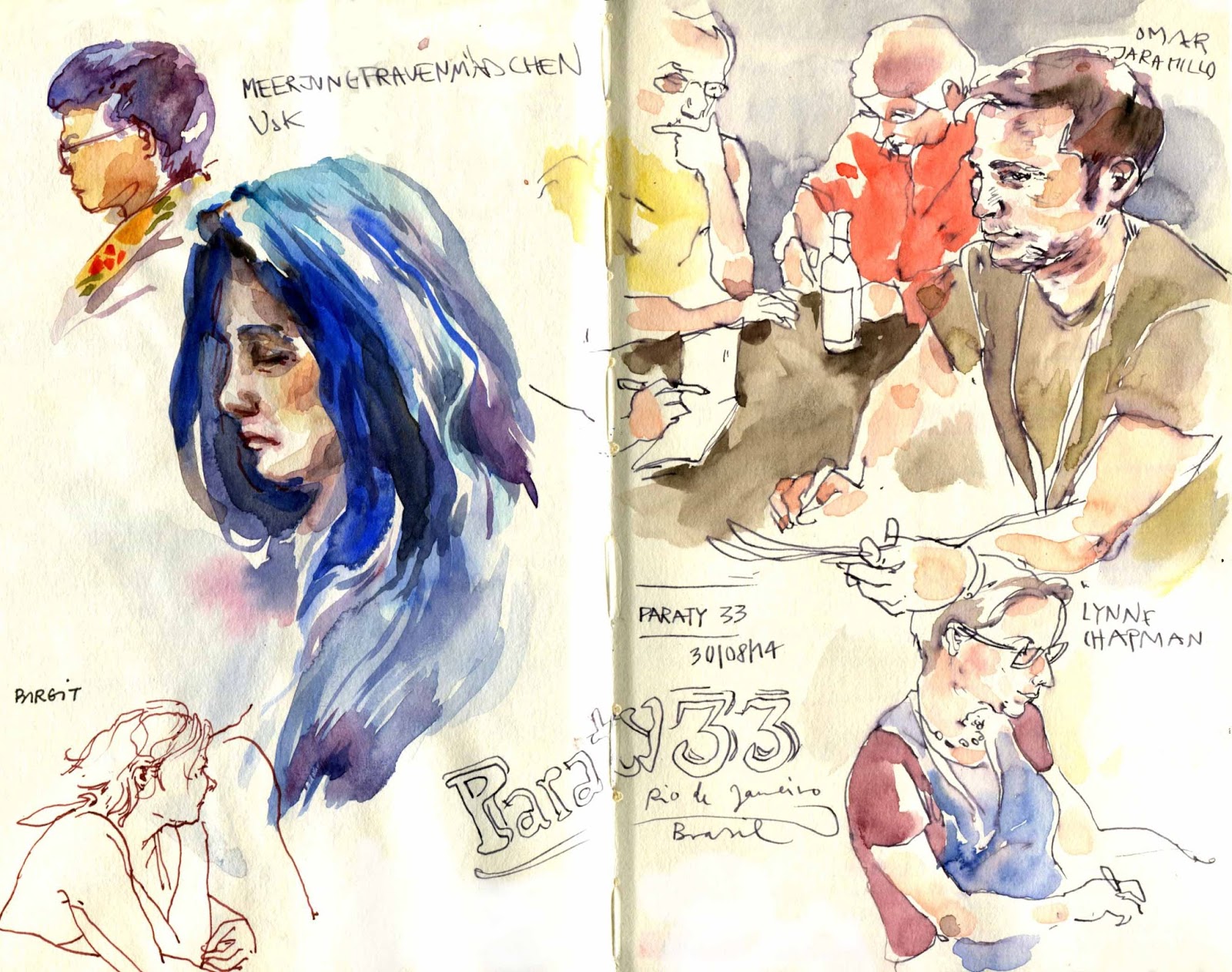 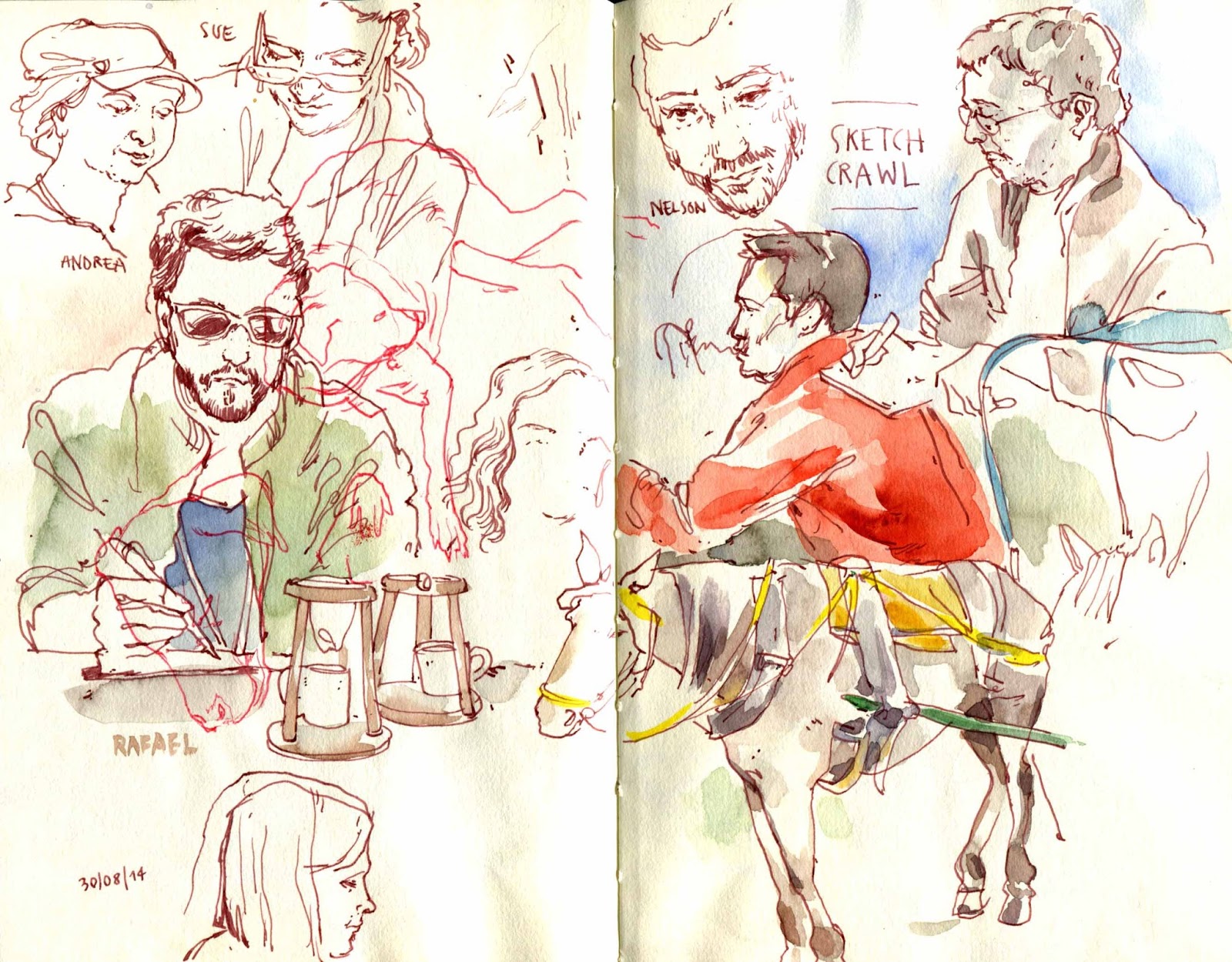 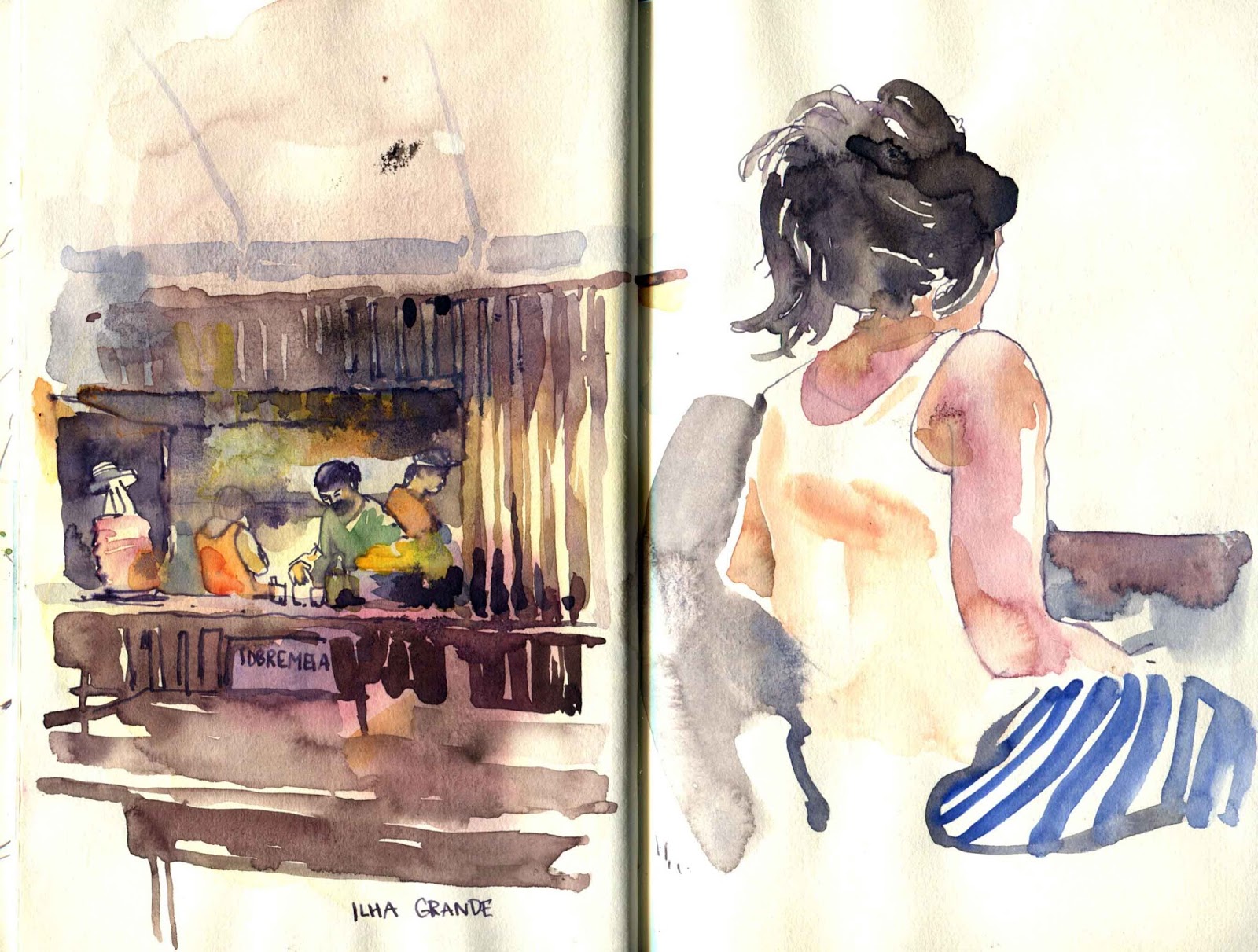 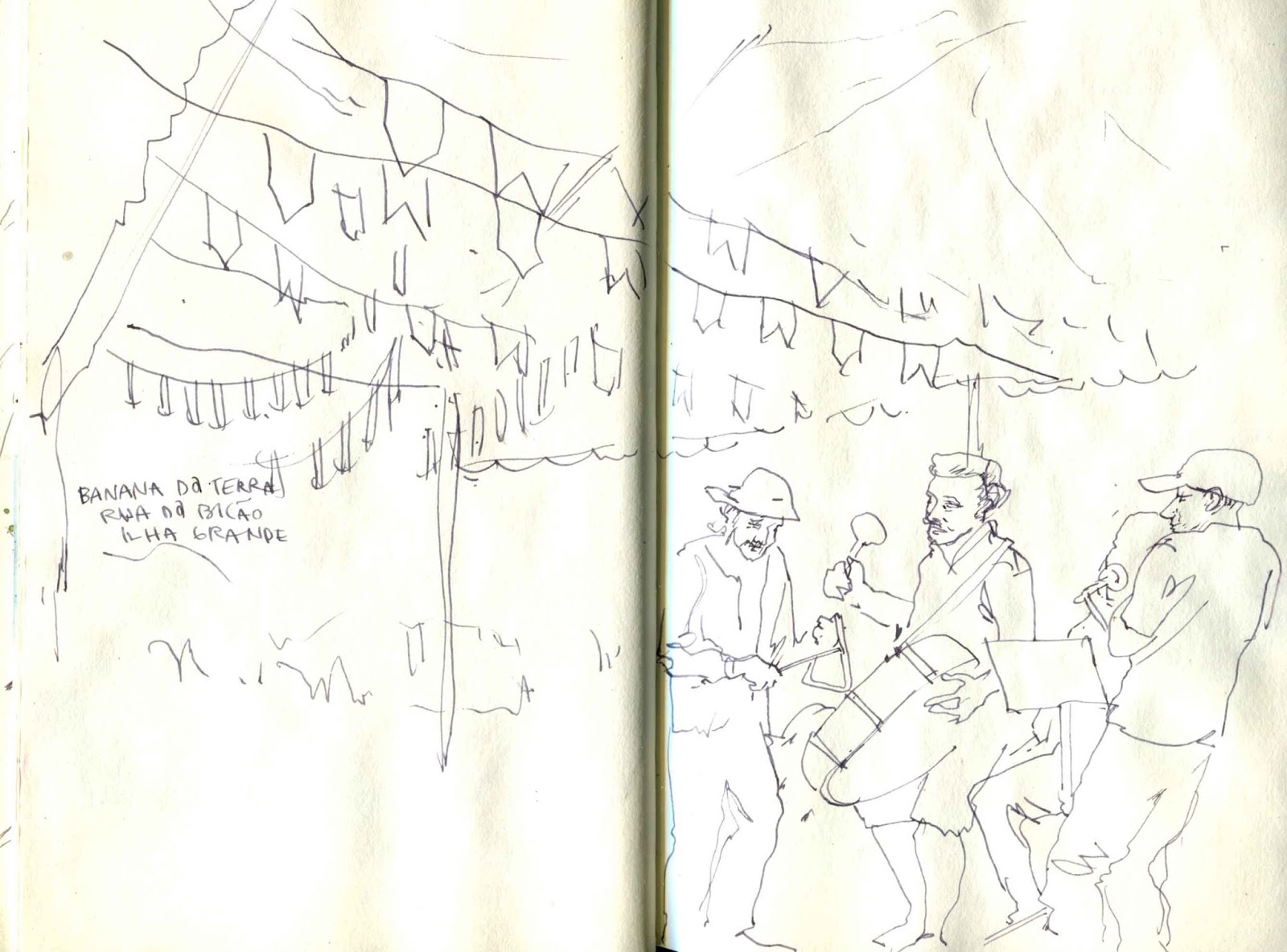 These are some sketches of Ilha grande, situated between Rio and São Paulo. We enjoyed some days at the beach, dining out and listening to an impromptu jam of forró musicians. But there is more to this island than beautiful beaches, because the island´s history is very dark.
Ilha Grande went from being a main trade center for displaced slaves in the early 18th century to a quarantine sick bay for european immigrants for fear they would bring cholera to Brazil. Then it became a leper colony before being turned into a prison island. 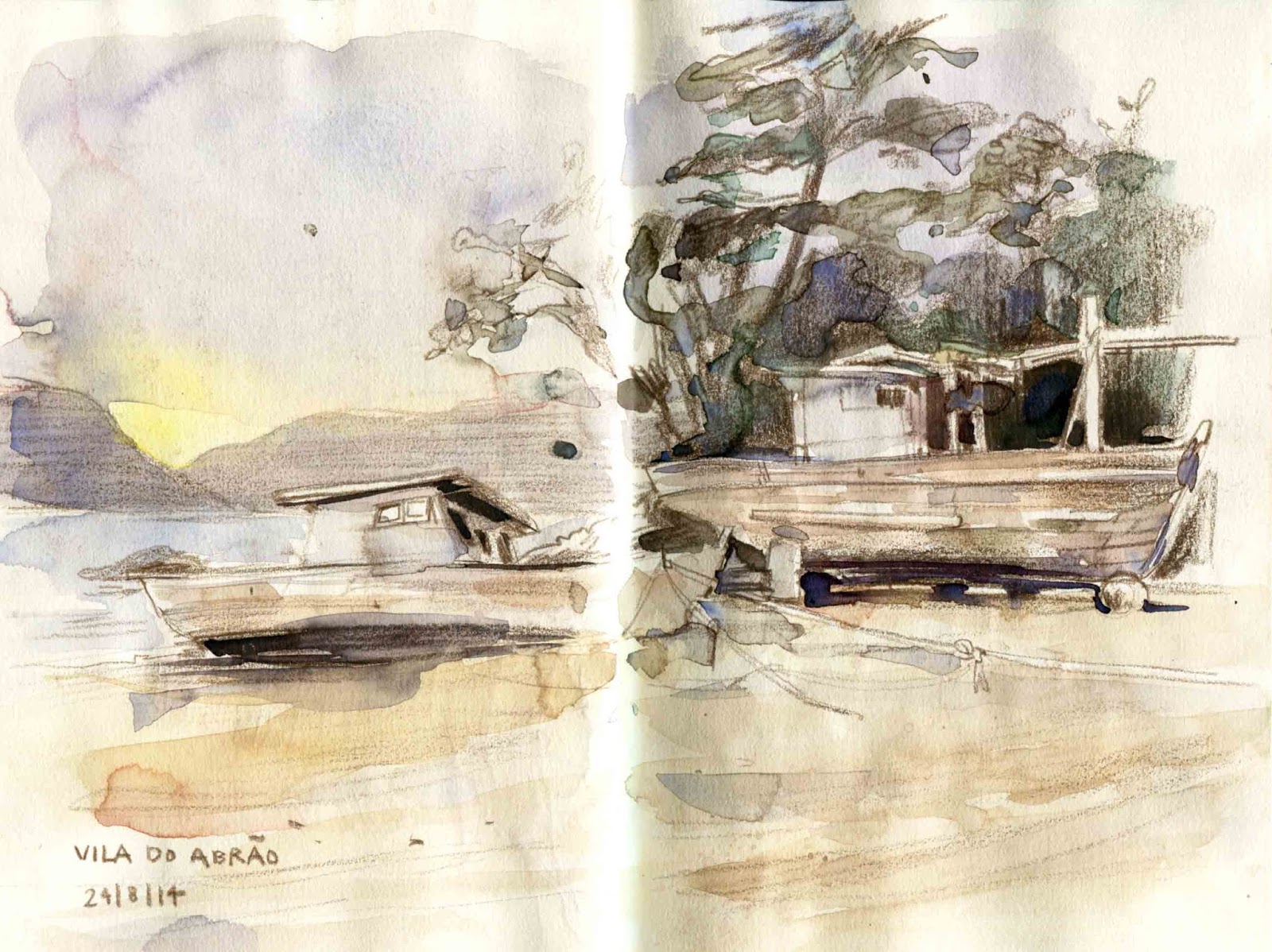 A fascinating place on the island is Dois Rios, a nowadays mostly deserted village surrounding former prison Colônia Penal Cândido Mendes. Access to the village is not particularly easy, as the only way to get there is to hike 4 hours back and forth. There is a bus from Dois Rios to Vila do Abraão, the island´s main town, but its use is restricted. No toursits allowed. Visitors entering town have to be signed in and out of a list, as noone but local residents are allowed to remain overnight. 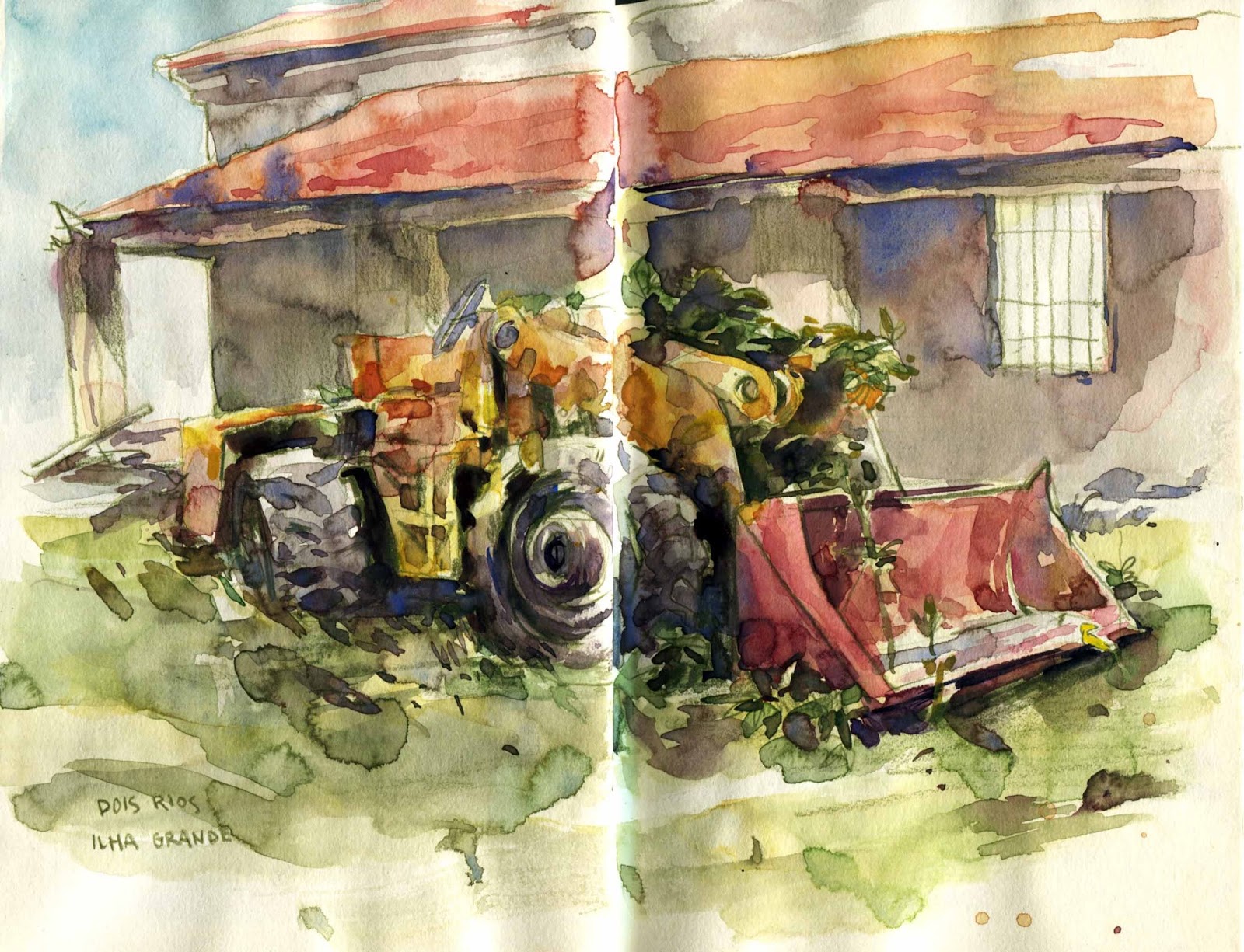 The ghost town holds many remains of prison life. Plants were overgrowing this old digger, while its water filled shovel was used as a bird bath. The building in the background was missing most of its roof, but it was still filled with big and small tools, to heavy to move and rusting away, suggesting that heavy labour was prisoner´s everyday life. 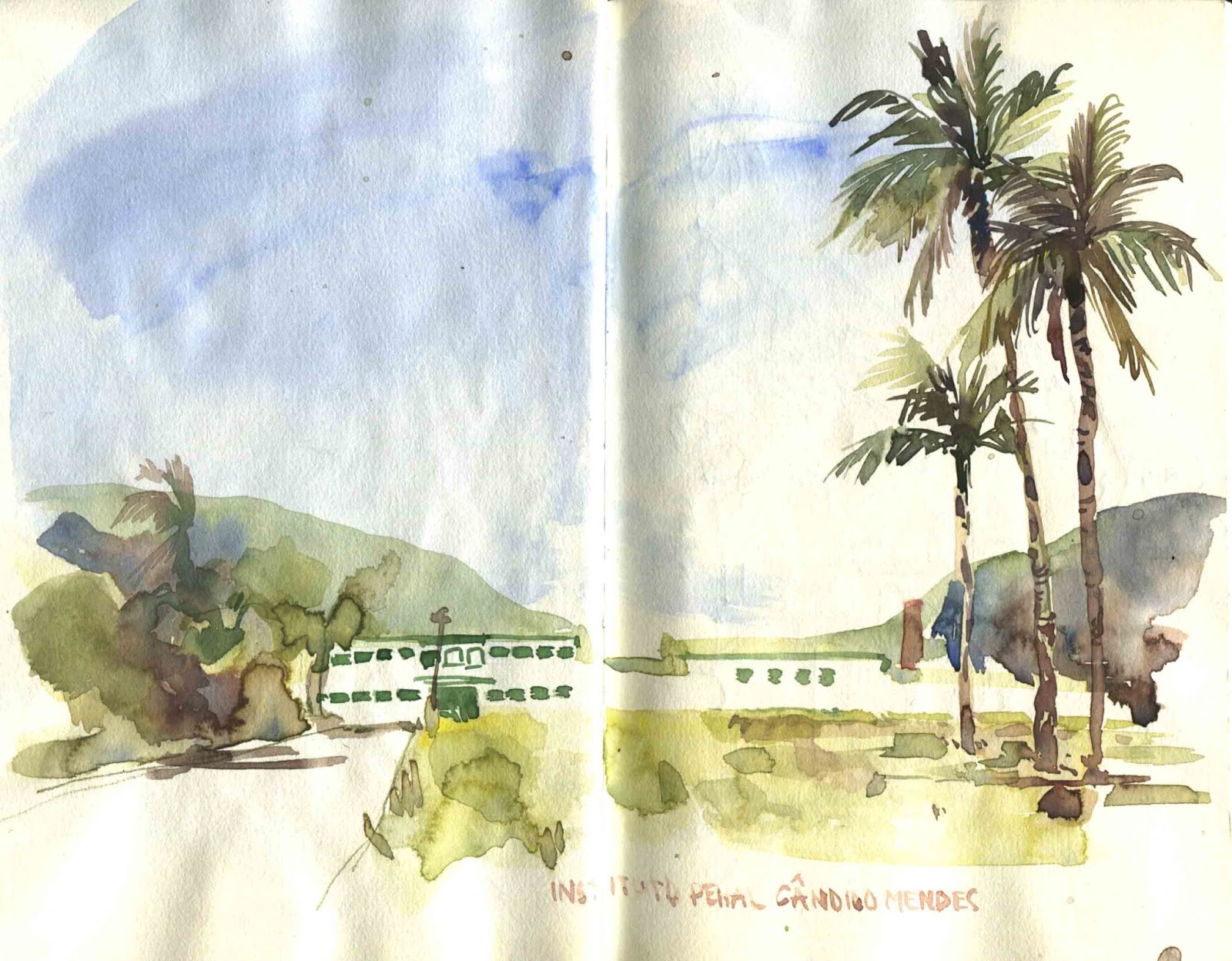